Opening of the new exhibition at Innsbruck Central Station


Since the end of June, interested parties can obtain information about the Brenner Base Tunnel Project and the Munich-Verona railway axis through a permanent exhibition in the southern part of the gallery at Innsbruck Central Station. The exhibition was opened on the 28th of June by the Mayor of Innsbruck Georg Willi, BBT SE CEO Martin Gradnitzer and ÖBB regional director of the Immobilien West dept., Robert Possenig. The exhibition is open every day between 6 AM and 10 PM. Entrance is free of charge.

One exhibition, but there's always something new
Every three months, a new topic relating to the Brenner Base Tunnel and the Brenner axis is put in the spotlight. The first event is an exhibition on the BBT construction lot "Sill Gorge", located south of Innsbruck.The main focus of this permanent exhibition are nine back-lit photos, which every three months present a new project-related topic. The exhibition is equipped with interactive showcases providing information about the Brenner Base Tunnel Project and the Munich-Verona railway axis, on which the BBT is located.

The first exhibition will run until the end of September 2021, and invites visitors, passersby and travellers to immerse themselves in the construction works at the Sill Gorge, where the North portal of the Brenner Base Tunnel will be built. The following exhibition from October to December demonstrates how to tunnel under a river using the latest ground freezing technology, based on the example of the southernmost construction lot of the Brenner Base Tunnel, the Isarco river underpass near Fortezza in South Tyrol.

Thanks to the progress made in the meantime in the underground and above-ground construction works, particularly in the areas "visible" to the general public in the Sill Gorge and at Innsbruck Central Station, the interest of the population in the BBT project has grown. Now visitors at the central station can constantly follow the construction works for the Brenner Base Tunnel. 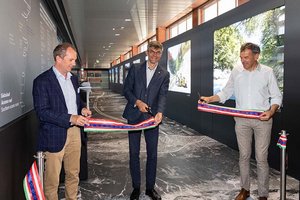 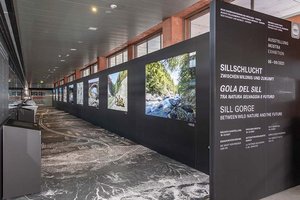 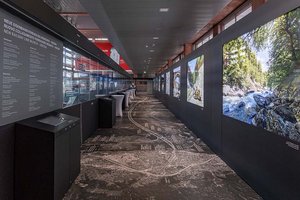