The Brenner Base Tunnel at the European Parliament

Railways as Europe’s Future: The new railway link between Munich and Verona

The Munich-Verona line, running over the Brenner Pass 1,370 m above sea level, is currently one of the most important traffic and transit links between northern and southern Europe. But this stretch is also the most significant bottleneck in the north-south link. 2,5 million lorries in transit are bringing the Brenner highway, which dates back to the Sixties, to the limits of its capacity and the steep, curving Brenner railway, which is 150 years old, is no longer up to the standards required by modern freight transportation. For this reason, 435 km of rail line along the Brenner Corridor are being expanded to four tracks; a new high-speed rail line will link Munich and Verona and travel time for passenger traffic will be cut to two and a half hours.

A few steps backwards into history...

In 1971, the UIC, the International Union of Railways, commissioned a study for a new Brenner railway with a base tunnel. By 1989, three feasibility studies had been drawn up which formed the basis for further planning of the Brenner Base Tunnel.

This was the beginning of the planning for the underground rail connection between Innsbruck (Austria) and Fortezza (Italy), the Brenner Base Tunnel. In 1994, the European Union included the Berlin-Naples corridor in its list of priority projects. Ten years later, Austria and Italy signed a State Treaty to build the Brenner Base Tunnel. And in that same year, BBT SE was founded as a European Public Limited company that manages the construction of the tunnel. Just a few years later, the first works began on the Mules access tunnel in South Tyrol.

And forward to today...

Today, over two thirds of the entire tunnel system between Tyrol and Alto Adige (totalling 230 km of tunnels) has been completed and works on the low-gradient line under the Brenner Pass between Innsbruck (Austria) and Fortezza (Italy) are ongoing on 5 different construction sites.

The new underground high-speed line, along with its access routes to the north and the south will offer an attractive and sustainable alternative for freight transport and give passenger travel an entirely new dimension. The low gradient of the new rail line under the Brenner will make a modal shift from road to rail possible.

From October 11th to October 14th, CER (The Voice of European Railways) organised an exhibition on the great European rail projects with the title „The track to a successful TEN-T“  in the European Parliament in Brussels. As part of the exhibition, BBT SE, with representatives of the Brenner Corridor Platform, DB Netz, ÖBB Infrastruktur AG and Rete Ferroviaria Italiana, sent a delegation to report to the MEPs on the current status of the various projects and the future of the Brenner Corridor. 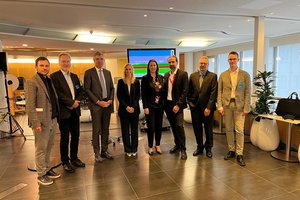 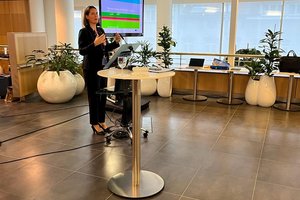 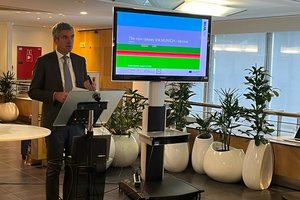 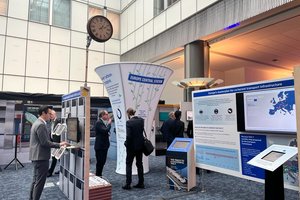 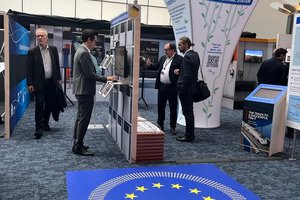 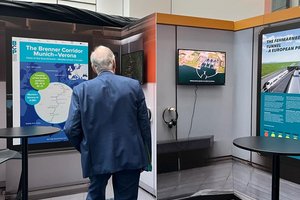