BBT SEMINAR AND INFORMATION EVENING ON THE UNTERPLATTNER CONSTRUCTION SITE

Rock mechanics weekend at the Brenner Base Tunnel with a two-day training event at Naz and Fortezza and an information evening in Aica.

There was considerable interest and appreciation for the seminar organized by BBT SE with the Bolzano Engineers’ Association, titled “Notes on Rock Mechanics and Tunnel Statics”.

On June 14th and 15th, 70 engineers and geologists gathered at BBT SE’s invitation at the town auditorium in Sciaves and the Fortress in Fortezza. The topics of the two-day event attracted professionals from all over Italy, besides the personnel already working on the Brenner Base Tunnel construction sites, who listeened with interest to the lectures held by Ms. Daniela Boldini, Professor of Engineering and Excavation Safety at the University of Bologna and by Mr. Stefano Fuoco, Project Manager of the Mules 2-3 construction lot, which is the largest construction lot of the Brenner Base Tunnel.

This seminar, the result of a long-term cooperation effort between BBT SE and the University of Bologna is part of a series of training events promoted by BBT SE. For a project the size of the Brenner Base Tunnel, exchanging experiences and information is extremely important. As the CEO of BBT SE, Raffaele Zurlo, says, only well-motivated and trained personnel can compete and achieve good results in the professional world. “We did not limit access to this event to the BBT SE team and the contractors working on Mules and the Isarco River Underpass, we also invited Gruppo delle Ferrovie dello Stato, Società Italiana Gallerie [the Italian Tunnelling Association] and the Bolzano Engineers’ Association. The event proved to be unexpectedly useful, due to the topics under discussion.”

Once the training part of the event was completed, the focus changed, to the construction site itself. As part of the ongoing transparent dialogue with the local population, the citizens of Fortezza and Aica were invited to an information event at the Unterplattner site. This construction site is located at the southern portal of the exploratory tunnel. The trains carrying prefab tubbing rings for the lining of the tunnels excavated by the three tunnel boring machines travel through this site, as do the conveyor belts that carry spoil to the disposal site and the tubbing ring factory. “The event focused on measures to reduce train transit noise and the solutions chosen to reduce the hum of the conveyor belt, which a re a problem specially for the town of Aica”, says the mayor of Naz-Sciaves, Alexander Überbacher. “It was interesting to see the water treatment plant and we are glad for the opportunity to speak with the technical experts, with an eye to improving the co-existence with this huge construction site”, says the deputy mayor of Fortezza, Richard Amort.

“We must always listen to the concerns of the local population. Our goal as contracting authority is to keep up a dialogue with the people here and manage all the reports we receive in a professional and serious manner. I would like to take the opportunity to tank everyone, citizens, companies and authorities that allow us to  be successful in our work”, Mr. Zurlo concluded. 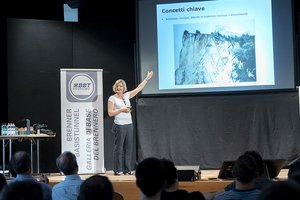 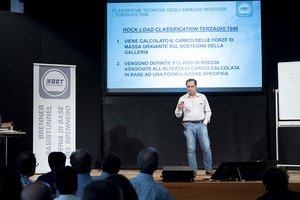 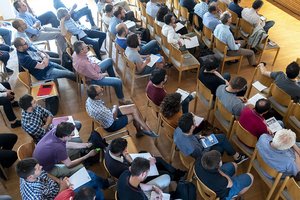 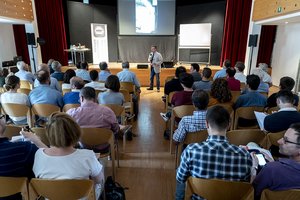 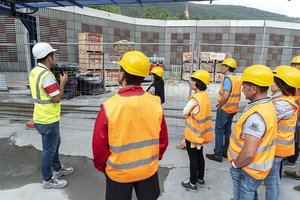 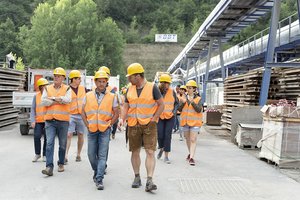