Public infrastructure projects - laws and regulations, fight against mafia and corruption. These were the main topics of the Round Table, which took place in the Fortress of Fortezza as part of BBT SE's internal training event, the so-called Infotag.

In the first part of the information event, which was attended by all BBT SE employees from the Italian side, current topics such as the 2019 budget, construction costs and forecasts for the current year were highlighted. In the afternoon, Alfonso Sabella, judge and former city councillor of Rome, took the floor. In his lecture, Sabella reported on numerous cases of "misconduct" in the public administration, which he uncovered during his time as a city councillor. "The public procurement system should be completely rethought, especially because the bureaucracy is unable to cope with the demands of this country," said Sabella.

Sabella's presentation was followed by a roundtable discussion, moderated by Raffaele Zurlo, on public procurement for infrastructure projects. The invited guests Alfonso Sabella, Federico Titomanlio, lawyer and secretary of the IGI (Istituto Grandi Infrastrutture), Paolo Carbone, lawyer and expert in public procurement for large infrastructure projects, and Edgardo Greco, Rete Ferroviaria Italiana and BBT SE Supervisory Board member, explained their own experiences and discussed the effectiveness of current legislation, the inadequacy of some public administrative bodies and the rigid brucracy of prefectures and ministries in the fight against corruption and white-collar crime.

"Lawyers and engineers must work closely together and exchange information in order to combat organized crime effectively," concluded Raffaele Zurlo. 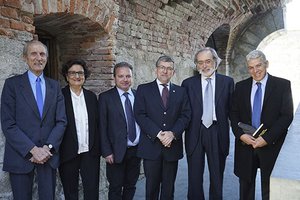 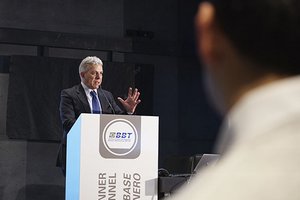 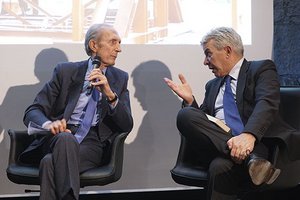