At the weekend, BBT SE opened the construction site areas in Italy to the residents of the Wipptal valley in Alto Adige who were interested in the project.

On November 6th and 7th, the project company warmly welcomed the visitors in and around the Brenner Base Tunnel. For organisational reasons due to the Covid requirements currently in force, visitors had to sign up in advance on the BBT website.

Starting from railway station in Fortezza, hourly bus tours were offered, during which "young and old alike" had the chance to find out more about the infrastructure project and the underground and aboveground construction sites. Experts and competent guides showed them firsthand the current construction works and the progress of the project.

The buses, which were only half full due to the measures currently in force, took the visitors to three stops along the route in Alto Adige. They had the chance to get off the bus and gather their impressions. The first stop was the Hinterrigger area. From that vantage point, the disposal site and the tubbing ring factory, where the prefab concrete elements are cast and "installed" by the tunnel boring machines for inner linings in the tunnel, were impressive.

The bus then headed towards Mules, the largest BBT construction site in Alto Adige, to enter the mountain through the access tunnel. At a depth of about 800 m, visitors were able to get off and take in the impressions gained as to the extensive tunnel system. In a large ventilation chamber, a model of a tunnel boring machine was shown and explained in addition to the concrete mixing plant, which produces the construction material effectively and in an environmentally friendly way directly in the tunnel. 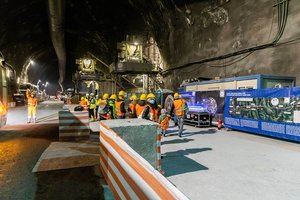 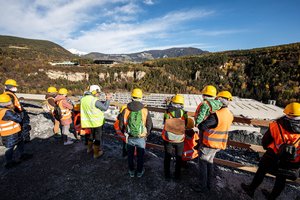 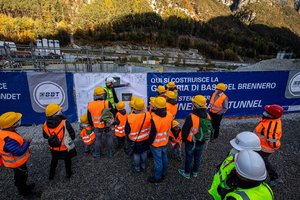 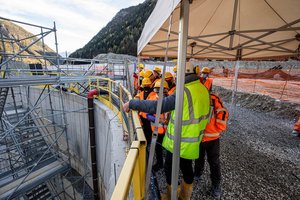 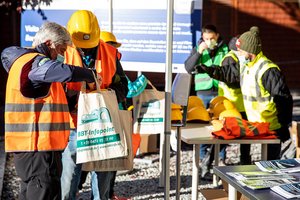