Tunnel work under the Inn valley tunnel - line to be interrupted

Over 80% of the 9-km Tulfes/Ampass emergency tunnel has already been excavated. On December 8th, 2016 construction will begin on a stretch to be excavated below the double-tube section of the Inn Valley tunnel. In order to carry out these works, it is necessary to close the ÖBB Inn valley tunnel to rail traffic from the 8th to the 14th of December 2016.

On December 8th, 2016 work on a new stretch of the Tulfes/Ampass emergency tunnel will begin, with the excavation under the Inn valley tunnel near the „Vogelhütte“ restaurant. This is the last step in the construction of the emergency tunnel under Aldrans. Since these excavations will be carried out directly below the Inn Valley tunnel with a limited overburden between the two structures, special precautions must be taken for the work.

The Inn valley tunnel will be closed to rail traffic during the works; trains will be re-routed through Innsbruck. ÖBB plans to close the tunnel from Thursday, 8th December at 8.00 AM to Wednesday, 14th December at 10 PM. Blasting operations will be carried out, as has been the case so far, every day and only between 6 AM and 10 PM. No blasting activities will take place at night.

The individual work sequences are set up in such a way as to avoid carrying out particularly noisy activities (such as drilling for rockbolt installation) during the hours of the night. Such activities cannot be entirely ruled out, however, due to the need for geotechnical consolidation during the excavation.

Excavation of the connecting tunnels is currently under way beneath the western edge of Aldrans, in the direction of Lans. BBT SE apologises for any inconvenience. We are working with our contractors and doing our utmost to complete the works quickly and efficiently and to keep any disturbance to a minimum. 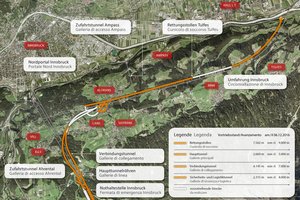 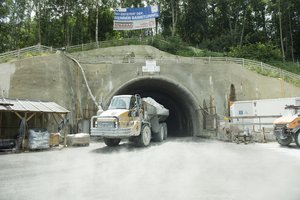 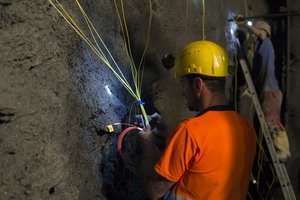