Start of works in the new "H52 Hochstegen" lot

Works began in February in the H52 Hochstegen construction lot. During this part of the project, construction site set-up is ongoing in Wolf, as are preparatory works for the excavation.

Excavation works on the exploratory tunnel and the St. Jodok cross-over point are expected to start in mid-March.

The H52 - Hochstegen construction lot is a part of the former H51 Pfons-Brenner lot. This was divided up and the Hochstegen lot, at 102 million Euro, is the smaller of the two stretches.

The works, which include the excavation southwards of the exploratory tunnel through the Hochstegen limestone fault, are quite challenging because the geology along this stretch is extremely complex. The stretch is about 500 m long, with mainly water-bearing, carbonatic rock layers. During the works, about 570,000 m³ of spoil will be produced which will be placed in the nearby Padastertal disposal site.

The works are expected to last 23 months. The works were awarded to Swietelsky Tunnelbau GmbH & Co KG. 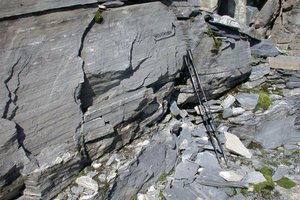