Over 2,500 visitors at the Open Tunnel Day event and the BBT construcion site in Mules

BBT SE's Opent Tunnel Day was once again a communications event but also a chance to meet people and share information about the project.

Every year, BBT SE, the project vehicle for the Brenner Base Tunnel, organizes an Open Tunnel Day event, which took place for the fifth year in a row yesterday, Sunday October 23rd. Two thousand, five hundred and seventy-three people took advantage of the opportunity to see the construction site and hear about the progress of the works.

As traditional, the day began with a Holy Mass said by Father Paul Vicentini, the Mules parish priest. After this, everyone who wished to was able to take a thirty-minute guided tour inside the tunnel. Accompanied by BBT SE personnel, visitors travelled several km underground on special buses while listening to detailed descriptions both of the work that has already been completed and of those that have yet to begin. The guided tours continued until late afternoon.

The high point of the tour was the 3-D film of the work phases which was beamed onto the enormous walls of the impressive TBM assembly chamber inside the tunnel. The visitors were particularly surprised and fascinated by the film.

Outside, both adults and children were entertained with varying activities throughout the entire day.

A small wheeled train shuttled back and forth through the first stretch of the tunnel to the ventilation chamber, where a light show had been put on for the occasion. Children enjoyed the play area set up by the VKE, with a pony to ride and pet, a bouncy castle and the show put on by Spillo the magician. For adults there were several information areas, such as the BBT cinema, where films on the project and historical films on railways in Alto Adige were shown, the tunnel information maze, the tents managed by the Alto Adige section of AVIS, the Italian blood donors’ association, and a doctor specialized in workplace health issues who carried out some simple but essential tests. Medical aid was guaranteed both by the White Cross and the Red Cross which had set up a nursery tent and had brought a K-9 unit. Refreshments in the big tent and live music completed the day.

All the visitors, both local and from abroad, expressed enormous enthusiasm, which shows the great interest in this important European project.

The CEOs of BBT SE, Raffaele Zurlo and Konrad Bergmeister, were very pleased as well. Mr. Zurlo summed up at the end of the day: “As was the case in recent years, this year as well the interest and the enthusiasm of the population were very clear. The success of the event is very important, because it shows the need to make the project accessible and the great importance of sharing information on the works being carried out. It is a real pleasure to see so many happy people having fun and share our pride in our work with them.” Mr. Bergmeister added: “This level of participation gives us enthusiasm to carry on with the greatest possible commitment in carrying out this important project. We would like to thank the population of Mules and the entire project area for their support for this great piece of infrastructure.” 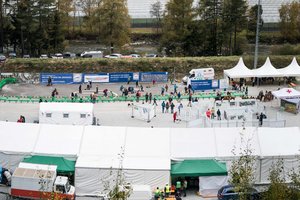 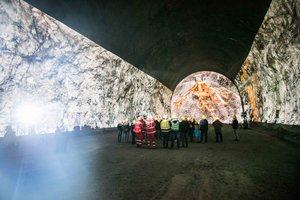 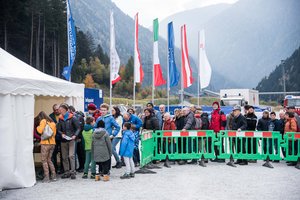 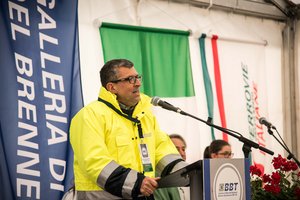 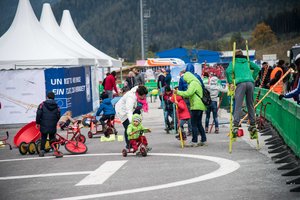 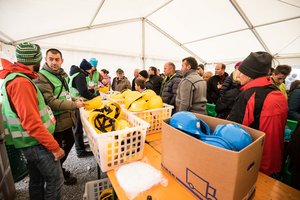 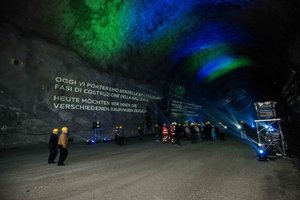 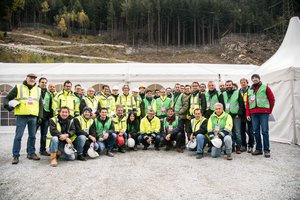 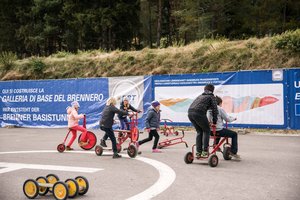 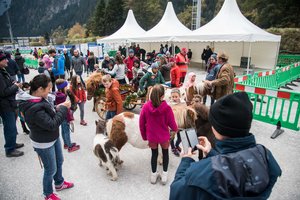