Over 100 rescue personnel drill for emergencies

On Saturday, October 8th, a large-scale training exercise for rescue and firefighting forces took place in the rescue tunnel of the Brenner Base Tunnel near Ampass and Tulfes. Over 100 rescue personnel took part in drilling for various emergency scenarios. Together with ÖBB, the BBT SE project company and the Strabag/Salini construction companies, the underground parts of the Brenner Brenner Base Tunnel were examined and the safety systems were tested and checked.

A real emergency alarm was simulated, meaning that everyone concerned had to implement rescue and emergency procedures such as evacuating underground personnel in case of fire. The miners escaped to the rescue container, which guarantees a safe refuge for 24 hours and fresh air even if the surrounding area is full of smoke. Here, the miners waited for the rescue forces.

Rescue procedures were drilled for the southern part of the Innsbruck bypass as well. Two ÖBB rescue trains drove through the tunnel and simulated the evacuation of workers from the rescue tunnel which runs parallel to the bypass itself.

In total, the exercise lasted five and a half hours. The commander of the district rescue forces, Christian Schneider, observed: “This joint drill is a definite help in increasing speed and efficiency for emergency deployments.” “We aim to match the highest safety standards in the world”, added Prof. Bergmeister, CEO of BBT SE. The commander of the regional firefighting force, Peter Hölzl, agrees: “Joint training and knowledge of the intervention site are the conditions for successful action.” 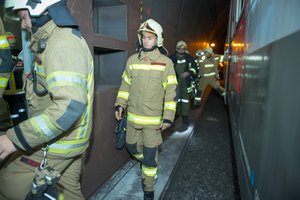 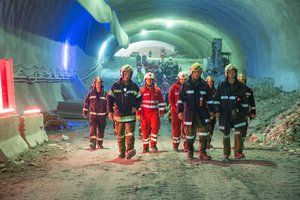 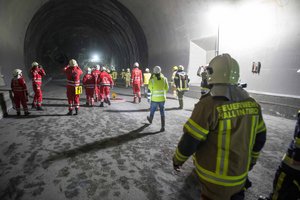 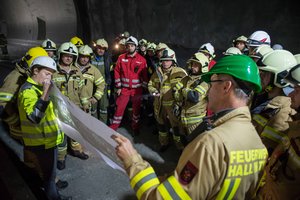 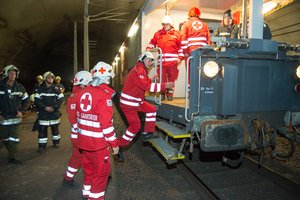 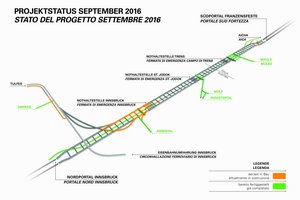