In the past few days, an unusual vehicle, a sort of train on tires, has been shuttling back and forth through the Ahrental access tunnel. The so-called Multiservice Vehicle is responsible for supplying the tunnel boring machine (TBM) in the Ahrental-Pfons exploratory tunnel.

The TBM is excavating the exploratory tunnel, metre by metre and in doing so it moves further and further away from the construction site outside the tunnel. A TBM is an underground factory, so to speak, that makes tunnels. As such it needs to be constantly supplied with materials, especially support elements to be installed in the tunnel, such as tubbing rings (in prefab concrete), concrete, reinforced metal mesh and anchor bolts. Miners and technicians must also travel to the TBM. Multiservice Vehicles can provide this sort of flexible supply service. The number of cars can vary, meaning a high loading capacity and the vehicles can also guarantee passenger transport, since the driver’s cabin has room for five people.

At present, the distance between the TBM and the tunnel portal is 4.7 km and a short train is enough to cover supply needs. Later, six Multiservice Vehicles will be required to supply the TBM alone in the Ahrental-Pfons exploratory tunnel. In 2019, when work on the construction lot will be coming to a close, the distance between the construction site and the TBM will be 18.6 km. 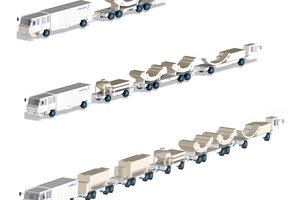 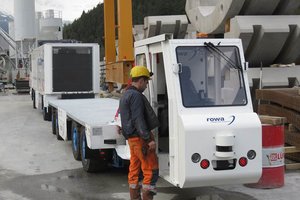 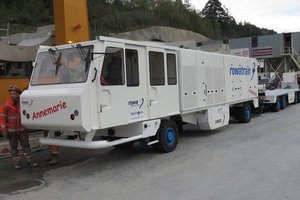