The first breakthrough through the frozen soil under the Isarco river took place on Friday, November 6th at 3:30 p.m.

The excavation works in the southernmost construction lot of the Brenner Base Tunnel were preceded by a complex freezing technique: during this process - used in underground works - the soil is stabilized and made impermeable by artificial freezing.

After excavating 59 metres through the frozen material under the river, the first rock face southwards, towards the Station in Fortezza, was broken through using excavators and hydraulic hammers.

This is the first breakthrough of a total of four tunnels running under the Isarco river. The Brenner Base Tunnel will be connected to the existing railway network, i.e. two connecting tunnels will be built in addition to the two main tubes. These connecting tunnels - with a total length of 1,500 metres - will provide the link to the existing line and to the station in Fortezza in the future.

The ground freezing technique made it possible to avoid re-routing of the river crossing the Brenner Base Tunnel route, thus reducing the impact on the environment, especially on the fish population in the Isarco river. 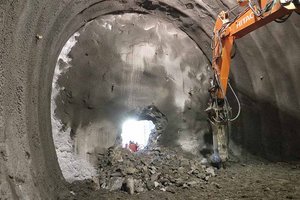 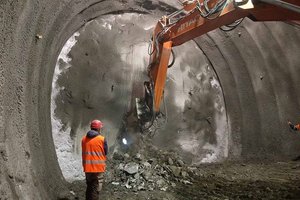 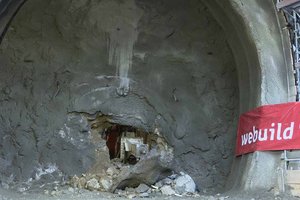 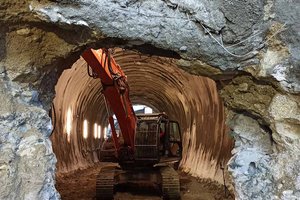 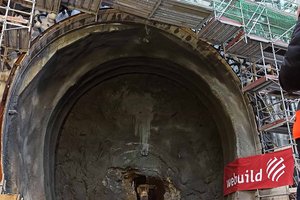