After months of preparation on the Isarco River Underpass construction site, the excavation of the first metres of tunnel has begun.

The excavation works in this southernmost construction lot of the Brenner Base Tunnel were preceded by a highly complex activity known as ground freezing. This is done in certain types of underground excavations, where the ground is artificially frozen, making it compact and waterproof.


Starting from one of the four shafts built on the Isarco River Underpass construction site, the underlying aquifer and alluvial deposits below the riverbed were frozen  by injecting liquid nitrogen into a closed circuit of “freezing tubes” below the level of the river.  The liquid nitrogen, running through the tubes at a temperature of -196°C, subtracts heat from the surrounding soil, thus freezing the water within the soil and dropping the ground temperature to -35°C. To maintain this low ground temperature during the excavation work, a type of brine is circulated in the cooling circuit, somewhat like to the way a refrigerator works.


This procedure solidified the loose material below the riverbed and excavation work began on 5 October. And just a few days later, here are the first metres of tunnel excavated under the Isarco river.


Thanks to this ground freezing method, there was no need to re-route the bed of the river under which the Brenner Base Tunnel runs, thereby reducing environmental impacts, especially for the fish population in the Isarco river. 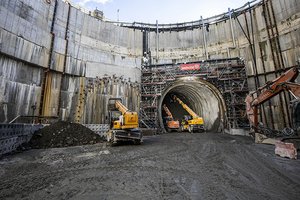 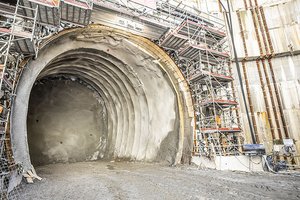 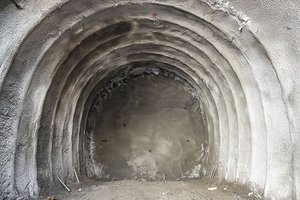