Important breakthrough for the Brenner Base Tunnel

With the breakthrough between the Mules and the Isarco River Underpass construction lots, we now have a continuous unbroken tunnel between the southern portal of the BBT and the State border at Brenner

Another important milestone for the Brenner Base Tunnel: after about 11 kilometres of tunnelling, excavated by blasting, the two construction lots „H61 Mules 2-3“ and „H71 Isarco River Underpass“ are now connected.

On Thursday, May 19th the Brenner Base Tunnel project company reached a new important milestone in the construction of the Brenner Base Tunnel. At 1:45 PM, the breakthrough for the east tunnel took place; the breakthrough in the west tunnel had taken place a few days before. The "H61 Mules 2-3" and "H71 Isarco River Underpass" construction lots, which began separately, are now connected.

The breakthrough directly connects the two Brenner Base Tunnel construction sites in Italy and the result is a continuous unbroken tunnel between the southern portal of the BBT and the State border at Brenner. The connection between the sites also improves the safety and logistics for the future works in this area of the project.

The main tunnel tubes: 11 km were excavated in three and a half years
The excavation of both main tubes started from the Mules lateral access tunnel and moved southwards towards the neighbouring Isarco river underpass construction lot. The total length of the excavation was over 10 km, just over 5 km per tube plus cross-connecting tunnels, and the works were carried out using drilling and blasting. The final 500 m of the tunnels were excavated northwards starting from the Isarco river underpass construction lot, which included complex excavation works to tunnel under not only State Road SS12, but the A22 Brenner highway as well.

The breakthrough event was celebrated by BBT SE with high-level guests from the political and business spheres, shareholder representatives and personnel from the contracting companies and from BBT SE itself. The guest list included European Scan-Med Corridor Coordinator Pat Cox, the Presidents of the Provinces of Alto Adige and Verona, Arno Kompatscher and Manuel Scalzotto, the president of Land Tirol Günther Platter and the president of RFI (FS Group), Anna Masutti.

A further highlight of the event was the second breakthrough; on the Isarco construction site, a further breakthrough took place right after the first between two stretches of the main tunnel tubes. This means that the excavation works for all the main tubes on the Isarco site are completed.

BBT SE Board of Directors
"A breakthrough in a challenging stretch of excavation is always something to celebrate. And excavation using drilling and blasting is a significant challenge. We thank the miners and our employees for their exceptional work", said BBT SE CEOs Martin Gradnitzer and Gilberto Cardola. "Linking up these two construction sites to create a larger construction area, we have reached an important milestone in the construction of the BBT infrastructure project."

The President of Alto Adige, Arno Kompatscher, emphasised the importance of the breakthrough and the further progress of the works: "This is an important day and it shows, once again, the progress of the works for the construction of the Brenner Base Tunnel, bringing the day closer when we will have an underground connection between Alto Adige and Tyrol. The BBT and its access routes will provide new options for the future expansion of sustainable mobility in freight and passenger transport in the Brenner Corridor. We are all working together toward that goal."

European Coordinator Pat Cox spoke of the European dimension of the Brenner Base Tunnel as the most important project of the Trans-European Transport Network: "The completion of the Brenner Base Tunnel will not only greatly improve the quality of life for people in the project area, the positive effects on sustainable mobility and the environment will be a model for all Europe. Today we are taking another important step, showing once again how cross-border cooperation can yield exceptional results."

Isarco river underpass - The southernmost lot of the Brenner Base Tunnel
The Isarco River Underpass is the southernmost construction lot of the BBT. It runs under State Road SS12, the A22 highway, the existing railway line and the Isarco river, from which it takes its name. Constant monitoring of the highway was a central factor for this lot, as the excavation took place under the highway. 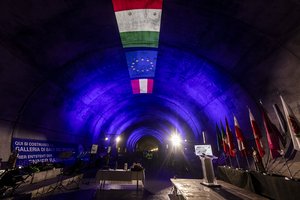 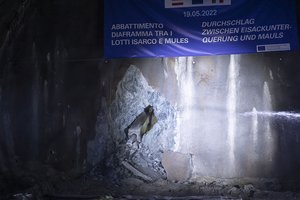 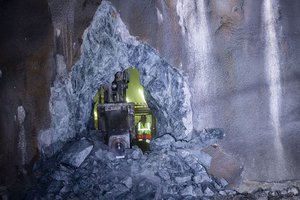 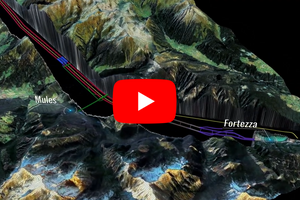 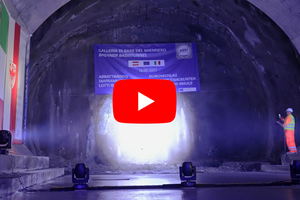 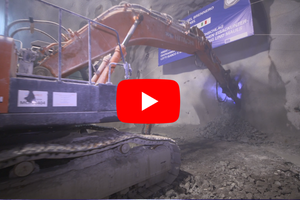 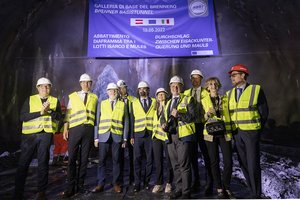