For the first time ever, Bishop Glettler celebrated the Holy Mass at the Open Tunnel Day

About 4000 visitors had a look behind the scenes of Europe’s biggest tunnel building site.

Once a year, the Brenner Base Tunnel opens its building sites to the public in Austria and Italy.  The Brenner Base Tunnel company BBT SE and the building consortium Tulfes-Pfons (Strabag/Salini-Impregilo) organized the Open Tunnel Day in Tyrol, in the Innsbruck project area.  About 4000 visitors of all ages came to visit the construction site.

For the first time ever, bishop Hermann Glettler celebrated the Holy Mass in the BBT interconnecting tunnel.  “I am impressed by the dimensions of the structure.  This tunnel will bring people from north and south together”.

About 109 kilometres of the tunnel system have already been driven.  This is about half of all the excavation work in a system that includes 230 km of tunnels. The world of underground tunnelling was on full view for the visitors, from the excavation works to the inner lining.

Prof. Bergmeister proudly explained: “There is now a 30 km long, continuous tunnel stretch from Tulfes to Steinach”. "The Brenner Base Tunnel company was established 15 years ago, and in another 10 years, the first trains will cross the Alps via this European corridor.”  The 2° construction phase of this project of the century will begin with the completion of the main tunnel tubes and the planning and subsequent installation of the railway outfitting systems.

The  Brenner Base Tunnel is located in a key position on the entire Scan-Med Corridor.  It is 9000 kilometres long and more than 200 million people live along this Corridor; this is nearly 40 % of the entire population of the European Union.

During a expertly guided bus tour, many important details on the Brenner Base Tunnel were shared. Entering through the Ahrental access tunnel, the tour continued for several kilometres through the main east tunnel tube to the actual event area.

Project engineers, stationed at information kiosks, explained issues of tunnel construction, the geology, the planning and the environmental measures of the BBT project. Construction machinery, the “giants of the construction site” were met with enthusiasm from visitors of all ages. Three tunnel cinemas showed films and animations on the current works between Tulfes and Fortezza. 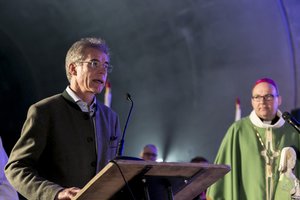 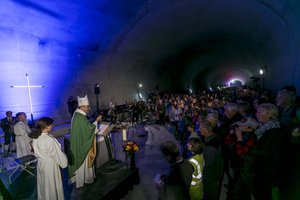 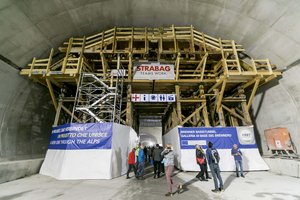 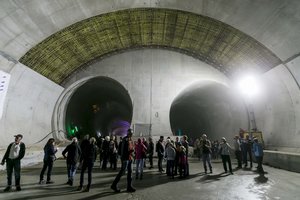 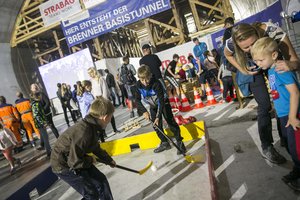 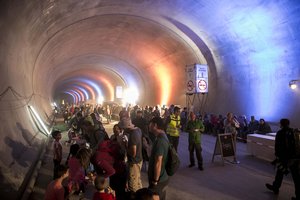 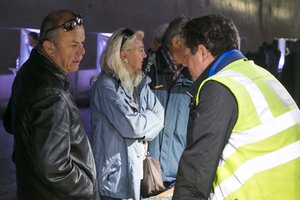 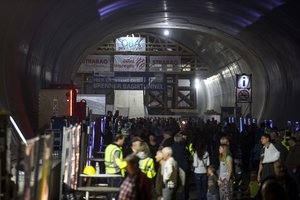 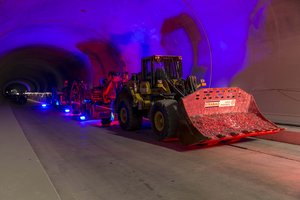