On the occasion of the "European Year of Rail", TEN Coordinator Pat Cox as well as Herald Ruijters and Kristian Schmidt, Directors at DG MOVE, met with several decision-makers along the Brenner Corridor.

During the train journey from Bolzano to the Brenner Pass, the Board of Directors of BBT SE informed the representatives of the Italian Ministry of Transport, RFI, the Provincial Government of Alto Adige and especially Governor Kompatscher, as well as the mayors from the municipalities along the project area in Alto Adige about the current project status of the Brenner Base Tunnel.

At Brenner station, the delegations of the EU, Italy and Austria came together for a one-hour "meet and greet". Soon after, part of the high-level representatives, including representatives of the Regional Government of Tyrol, the Austrian Ministry of Transport, ÖBB and the leaders of the Tyrolean municipalities continued their journey to the capital city of Tyrol on board the "Connecting Europe Express".

On arrival, Governor Günther Platter and EU Coordinator Pat Cox hosted a meeting with the mayors from the towns in North Tyrol, during which BBT SE CEOs Martin Gradnitzer and Gilberto Cardola presented the current progress of the project.

The high-level meeting emphasized the European dimension of the Brenner Base Tunnel as the number 1 project in the context of the Trans-European Transport Network (TEN).

As the largest European infrastructure project at the heart of this Corridor, the Brenner Base Tunnel will connect Austria and Italy in a sustainable way beyond the state border and, once completed, it will significantly contribute to relieve traffic and therefore to climate protection as well as to improve the quality of life, especially along those regions most heavily affected by heavy traffic.
Moreover, the project is an essential milestone in order to achieve the necessary shift of north-south traffic from road to rail. 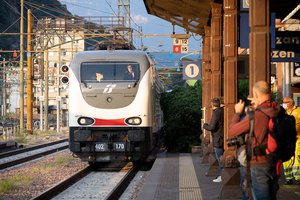 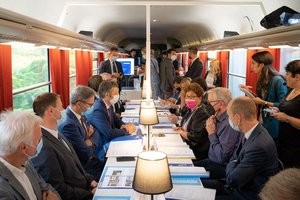 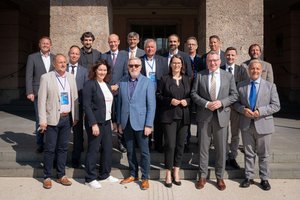 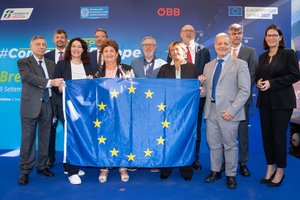