What are the Connecting Europe Days?

Connecting Europe Days is an event organised by the European Commission on Transport and Mobility, in the light of the important objectives defined in the European Green Deal.

Every year, politicians, sector representatives and members of the European Commission meet to discuss the most recent innovations in the transport sector. This year, the event was held from June 28th to June 30th in Lyons, France (as France currently holds the Presidency of the Council of the European Union).

Why are they so important for BBT SE?

BBT SE wouldn’t have missed this event for anything. The Brenner Base Tunnel project enjoys remarkable support from the European Union, which finances up to 50% of the costs of the work.

The Brenner axis links Verona with Munich and is the main freight transport connection between northern and southern Europe. In 2019, just over the Brenner Pass, 27% of freight was hauled by rail versus 73% hauled by 2.5 million heavy lorries.

This axis is part of SCAN-MED and is one of the priority Corridors in the European strategic TEN-T network, aimed at developing an ample transport network to connect regions and overcome barriers for passenger and freight transport.

Pat Cox, in the session devoted to the SCAN-MED Corridor, emphasised the importance of the BBT project for European mobility. He also complimented BBT SE for the excellent management of a project constructing a 230-km tunnel system.

The European Coordinator for the SCAN-MED Corridor also noted that in European integration, our thought processes should not stop at our national borders but rather see these borders as a starting point for common projects. This is important for our cross-border project which will contribute to making Europe greener and more resilient. 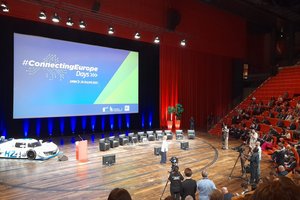 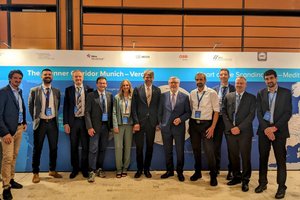 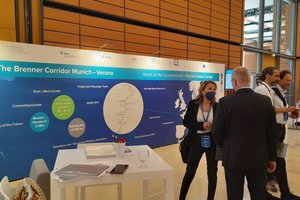 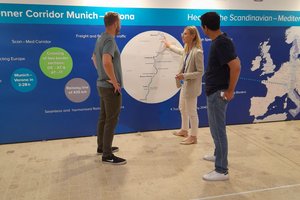