OVER 2500 VISITORS HAVE TAKEN THE UNIQUE OPPORTUNITY TO SEE "VIRGINIA", ONE OF THE THREE TBM THAT WILL DRIVE THE BURNER BASE TUNNEL FROM MAULS TO THE STATE BORDER.

The launch of the last of the three TBM used in Italy, "Virginia", 10 days ago is still fresh in the memory. Today BBT SE has suspended work on the construction site for an entire day to give the population the opportunity to visit the gigantic TBM on the first days of its journey towards the Brenner Pass.

The numerous visitors, who also came from outside the region, were taken by bus to the east tunnel of the Brenner Base Tunnel and after a short walk, where they could see the various phases of completion of the work, reached the starting cavern of the TBM. They were welcomed by the BBT SE technicians, who, after a brief description of the general functioning of a TBM, led the guests on the 2750 ton steel giant, which with 5700 hp (4200 KW) and a force of 10,000 tons presses itself against the rock and thus inexorably penetrates meter by meter into the mountain.

The day was organised by the Italian BBT SE board member ing. Raffaele Zurlo, who on the occasion of the ITALIAN STATE OF FATE DAY invited those present to sing the Italian national anthem together.

Traditionally, the Holy Mass was then celebrated with Father Paul Valentini and the Maulser Choir. At 10:30 a.m. on the dot, the visits and the various attractions for young and old offered at the construction site began in front of the tunnel portal: presentations on the project and the TBM, videos and information films as well as presentations by BBT SE staff on environmental, technical and scientific topics; of course there was also a scale model of "Virginia".

Thanks to the extensive entertainment on offer at the construction site, the smaller guests also had a lot of fun and were able to practice as miners and dig up valuable gems or explore the information labyrinth.

The White Cross and the Red Cross jointly provided medical care, while the Mauls volunteer fire brigade provided food and drink in the large marquee and live music rounded off the programme of this unforgettable day at the construction site.

"For us, the Open Tunnel Day is the most important event of the year, because it gives us the opportunity to show the population how important the BBT project is for the future of Italy, Austria and Europe and what technical challenges we are mastering on our construction sites. I am positively surprised by the lively participation. The visitors, some of whom came from outside the region and even from abroad, showed great enthusiasm and interest in this project, which will be of fundamental importance for the future transport networks in Europe.

The organisation of this event was a real challenge. It is not an easy task to open a construction site of this size to such a large audience and lead it to a TBM more than 4 km from the surface. But we are convinced that it is worth it, because I see a constantly growing interest in this project, which will be a reality in 10 years' time. 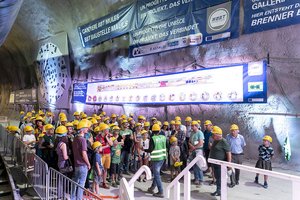 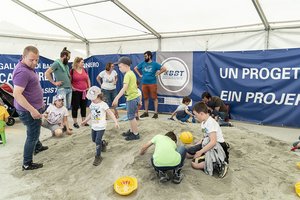 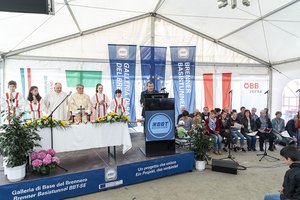