The last of the three TBMs, which excavate the Brenner Base Tunnel in the direction of the Brenner pass, has started. At the same time, the new entrance and exit from the Brenner motorway A22 for the Mauls construction site was inaugurated.

This afternoon, the last of the three TBMs that will excavate the Brenner Base Tunnel started at the Mauls construction site in the presence of top-class guests.

One month after the launch of the twin TBM "Flavia", "Virginia" is also on its way today and is digging its way through the rock to the State border.  The two TBMs with a diameter of 10.7 m excavate the main tunnels and now follow the smaller "Serena" (with a diameter of 6.8 m), which is currently excavating the exploration tunnel.

This marks the end of a long preparatory phase in which the TBMs were built at the Herrenknecht plant in Germany two years ago, followed by the challenging transport to the construction site, where they were reassembled in the last six months.

Before reaching the tunnel, the guests' delegation stopped at the base camp of the Mules construction site to inaugurate the new motorway entrance specially built for the project. "After the opening of the motorway entrance for the Isarco river underpass construction site in Franzensfeste more than a year ago thanks to cooperation with the A22 and the Ministry of Transport, we were able to achieve great success with the opening of the motorway entrance at Mauls. This will make it possible, on the one hand, to shorten the time needed to supply the construction sites and, on the other hand, to reduce the number of vehicles on the public road network and in the localities. BBT SE is therefore paying particular attention to the environment and the region," explains Zurlo.

The activities to build the Brenner Base Tunnel are thus reaching their peak. Around 2,400 people are working on the project, around 1,650 of them on the two Italian construction sites (Eisackunterquerung and Mauls). Of the 8 billion project cost, 2 billion has already been invested and a further 6 billion will be invested over the next 10 years, demonstrating the significant economic impact the Brenner Base Tunnel will have. 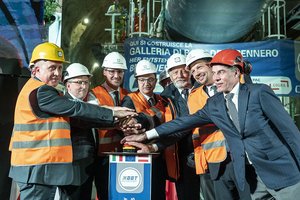 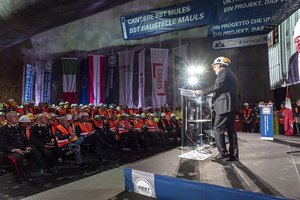 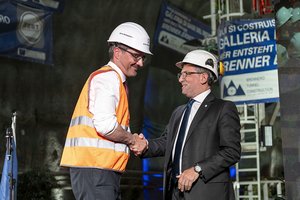