This past weekend, BBT SE invited everyone who is interested in the project, especially children this time, to the Tunnel World exhibition centre in Steinach am Brenner.

Working with JUFA, the Bergeralm and TVB Wipptal, the Brenner Base Tunnel company, BBT SE, was delighted to welcome the surrunding population. During this event, another important information project in BBT SE was presented, called "Connecting and Protecting". It is meant to emphasise two important aspects of the Brenner Base Tunnel project (BBT). On the one hand, the bringing together: “connecting” - of two countries (Austria and Italy) thanks to the BBT itself and, on the other, the care for and “protecting” of important environmental resources in the project area.

The highlight for the children was having their picture taken with Tunnel World mascot “Dynamo Sprenger“, the blasting master. Face painting and creative construction were also popular photo events. The small fry also had the entire play area inside and outside the exhibition centre to themselves, to experiment and blow off steam.

On Friday, there were guided tours to the nearby elevated drinking water tank and the Padaster valley hydroelectric power plant. A hydrogeologist explained the plant, which was financed by BBT SE as a so-called compensation measure; it provides electricity and drinking water for the town of Steinach am Brenner. On Saturday, there were guided bus tours of the tunnel and the Padaster valley disposal area. There, visitors on their way to the belvedere over the construction site saw several information panels on BBT SE’s work on sustainability, including fish migration, water resource protection and geothermal energy. 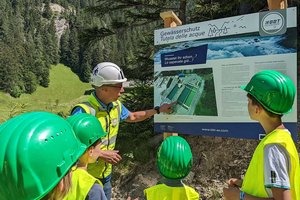 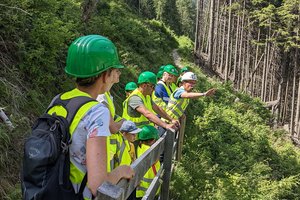 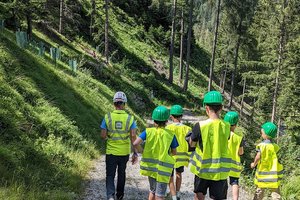 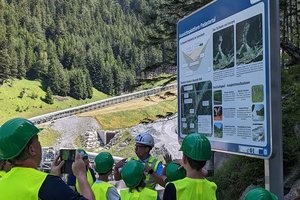 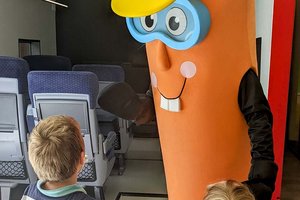 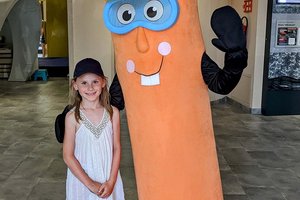