BBT begins the works of the Sill Gorge construction lot

At the foot of the Viller Berg mountain, the northern portal of the Brenner Base Tunnel is under construction. By the end of 2024, however, many other works will also be built in the Sill Gorge to connect the world's longest underground railway connection to the Central Station in Innsbruck. The roughly 600-metre long stretch will cost around 64 million Euro. Compared to the other construction sites in Austria, whose works are mostly underground, the works in this construction site are largely performed above ground.

A large number of works

In spite of the relatively short stretch, this construction lot comprises very complex construction activities. After an approximately 200 m long and over 9 m high supporting wall to be built on drilled piles, the 130 m tunnel "Silltal" will be built, starting from the north and will run through the Berg Isel mountain. The east and west tracks will cross the river on two open steel trellis railway bridges, both approx. 50 m long. The works also include the construction of the northern portal of the BBT, as well as the slope stabilization of the Viller Berg with over 80 prestressed anchors up to 80 metres long. Two tunnel tubes, both 140 metres long, continue the stretch southwards. The access bridge over the Sill will also be renovated.The recreational area for the people of Innsbruck will also benefit from the construction of a stressed ribbon bridge by BBT SE, which in the future will span 55 metres over the Sill as part of the hiking trail network, thus upgrading the area.

An important part of the works is the restoration of upstream fish passage in the Sill. The AGA weir, located at the entrance to the Sill Gorge with a drop height of approx. 8 metres, which is far too high for fish to overcome, will therefore be removed and replaced by a roughly 350 metres long fish ladder with an in-set low-lying meandering channel. This measure will restore a permanent fish passage. As part of these river engineering works, the riverbed will be moved about 8 metres eastwards in order to have enough room for the supporting wall and the two-track line on the western side. BBT will build flood-proof embankment

The complexity of works on this stretch is due to the narrow and thus logistically challenging brook gorge. The several infrastructural facilities such as the A12 Inntal highway, the A13 Brenner highway, the "Tirol Panorama" museum, the "Untere Sill" power plant of the municipal undertakings "Innsbrucker Kommunalbetriebe", as well as the existing ÖBB railway line with the Bergisel tunnel present quite a complication for the construction activities.

The recreational area is still accessible

Due to the start of the construction works, the northern part of the Sill gorge will no longer be accessible as of August 3rd, 2020. The upstream walking path net in the southern part of the Sill gorge as well as the panoramic tour remain accessible. In order to allow the population of Innsbruck to access the Sill gorge - which is mostly in its natural state - even while works are ongoing, an alternative hiking trail will be built - probably in autumn 2020. In addition, for easier orientation, BBT SE will install a system showing the various trails and information boards will be provided at interesting spots near the construction site.

An exhibit in the Tirol Panorama museum provides interested parties with further insights into this project area, with an excellent view of the site.
Informative events on the current status of the works will also be held there:
You can find more information here. (in German language) 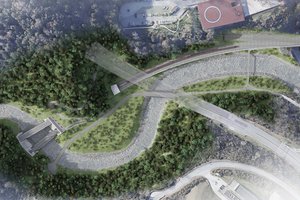 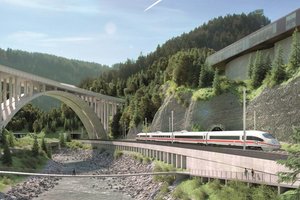 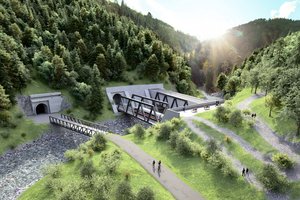