BBT SE at SAIE in Bologna

From 19th until 22nd October, BBT SE took part in the Italian Construction Fair SAIE in Bologna, having its own exhibition stand in the area of the Società Italiana Gallerie - SIG (Italian Tunnel Society Association).

This gave us the chance to give numerous fair visitors information about the Brenner Base Tunnel Project and the current progress state. Several BBT SE - employees were also given the chance to present specific themes regarding the project during a lecture series held on October 19th. It was very well received by an expert audience.

The following speeches focussing on the Brenner Base Tunnel were held:

- „Overview of the BBT project “ by Giuseppe Venditti, held by  David Marini;

- „Planning and BIM-Modelling” by David Marini;

- „Experiments on the use of the geothermal potential in the tunnel”  by Matteo Lanconelli;

- „The Isarco underpass - the use of ground freezing techniques”  by Antonio Celot.

In addition to the presentations aimed to deliver a general overview on the Brenner Base Tunnel Project, visitors to the BBT stand also had the unique opportunity to test our Virtual Reality system (VR). 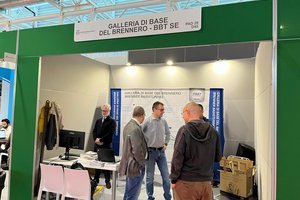 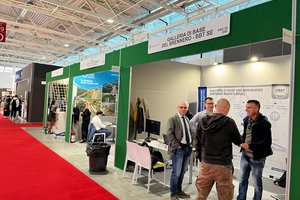 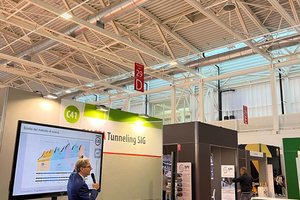 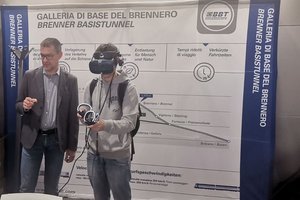 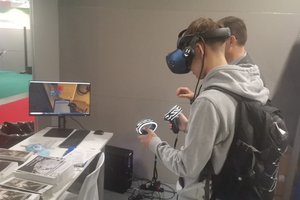